We’re back with a special edition of F->A->H->S, analyzing just the data from the Games and Stuff regional championship in Glen Burnie, Maryland.

As always, this isn’t an analysis of what you should play. This is a look at what you should plan to deal with — not merely what squads are being played, but the squads that are winning matches. More details can be found on List Juggler.

Despite it seeming like Palp Aces were on every table, there were actually 18 different squad archetypes among the 31 players with 4-2 or better records. And, while Palp Aces are certainly the most popular, there were quite a few varities. The “Palp Aces” category here includes the Howards Special (OGP+Sensor Jammer, Soontir, Inquisitor), Mynock Special (Yorr, Whisper, Omega), and Soontir+Carnor. 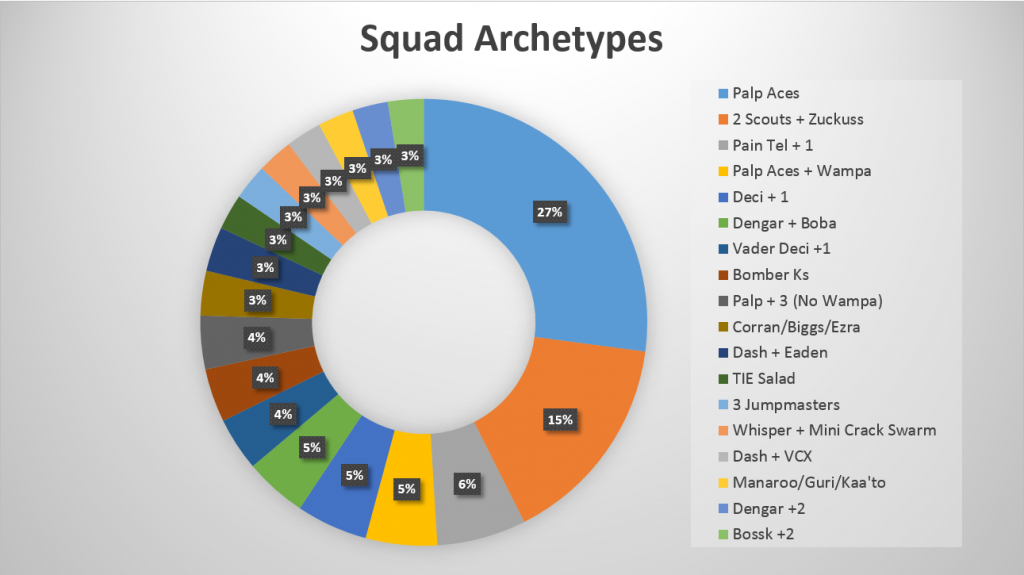 And just to give a better idea of how Palp Aces isn’t the only thing you need to worry about, more than 40% of all squads didn’t feature an ace. You certainly need to plan for it, but building just to counter Palp Aces will leave you exposed to a large part of the meta.

And now for something quasi-new, we’re trying out a new format for the Pilot Skill chart. This should be a bit more useful for figuring out how many squads are going to be above or below you in the movement/shooting order. 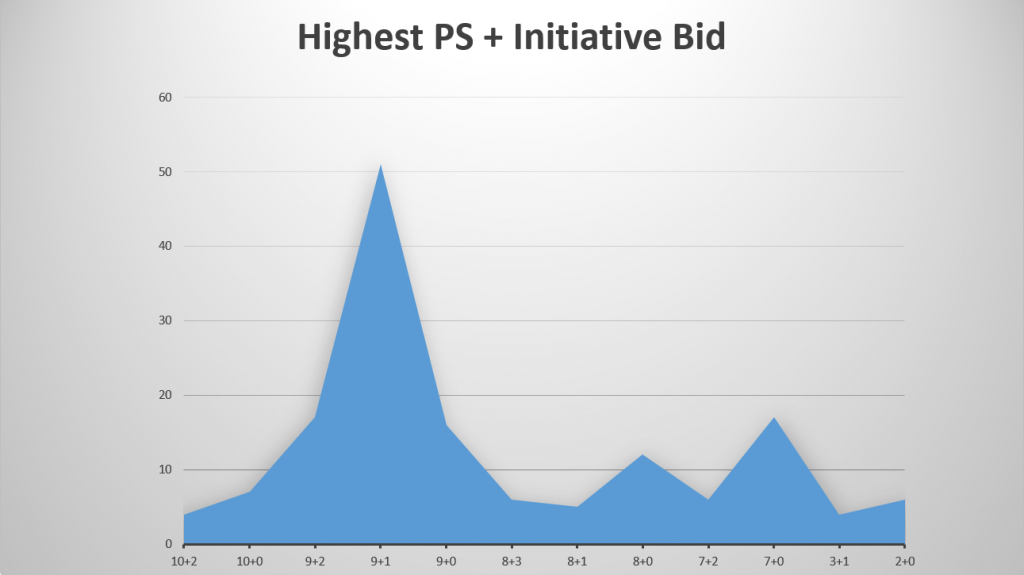 Finally, a slight change to the Control and Denial chart, Biggs is now being included. 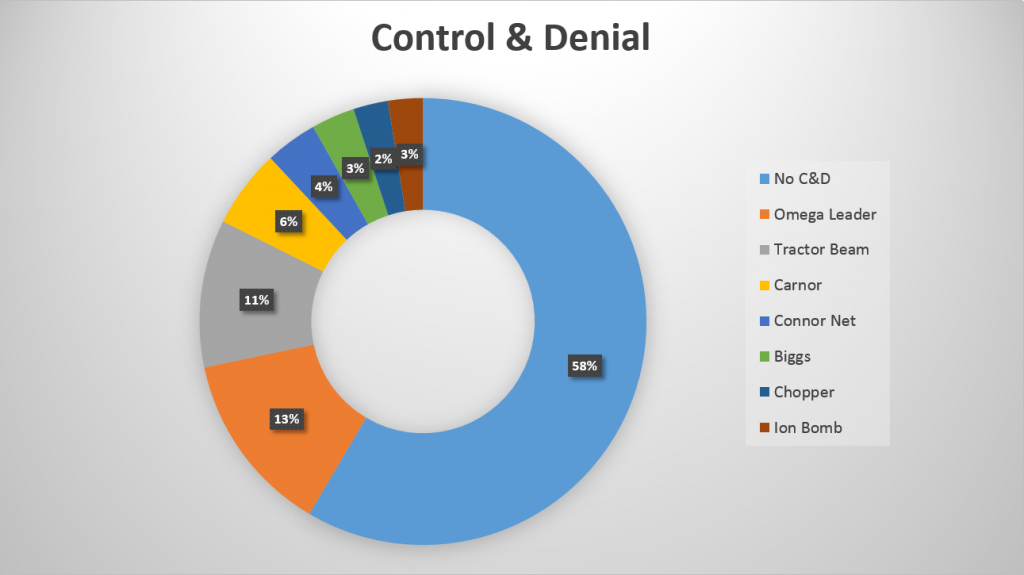