In the previous lesson we saw how advantageous it is to be right behind your opponent. You can just repeat their maneuvers, and get shots turn after turn.

But what happens if the enemy gets the drop on you? (In this case, you’d be the TIE Interceptor pilot, being pursued by the X-Wing.) 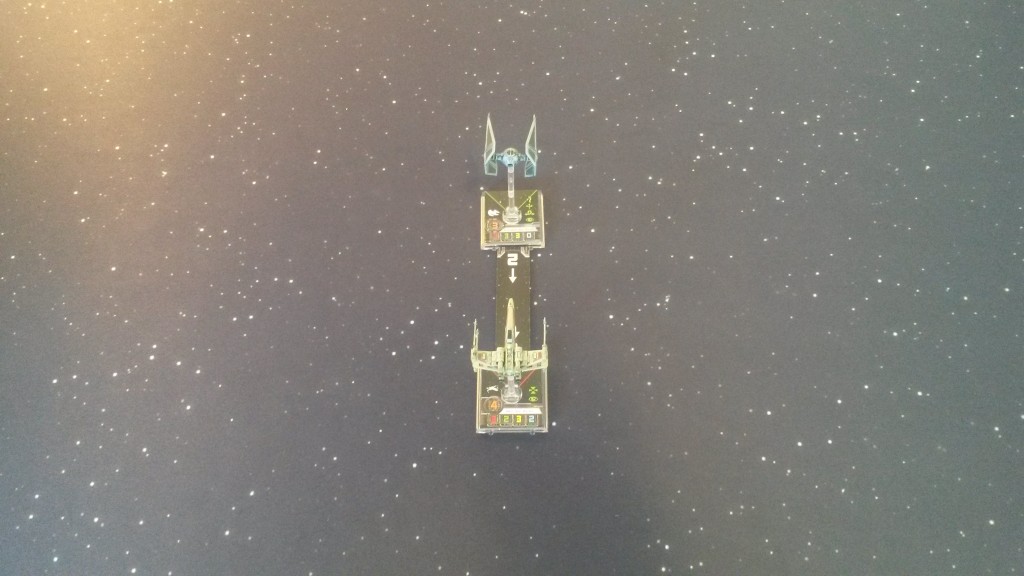 Let’s take this to the ol’ white board. 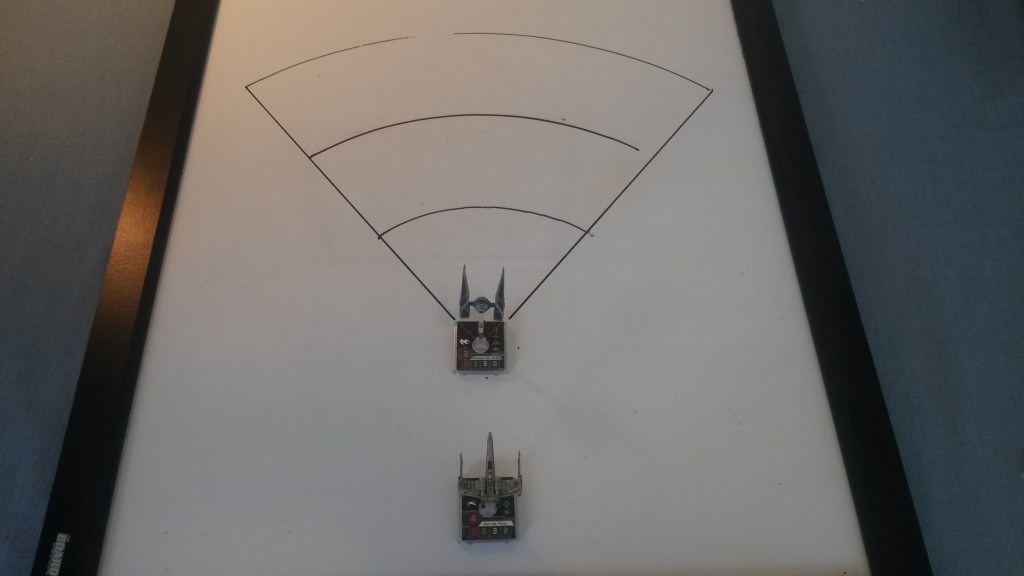 The Interceptor can escape by performing a turn maneuver, followed by a boost action.

However, a bank maneuver followed by a boost won’t get him out of trouble. The X-Wing still catches his back corner. 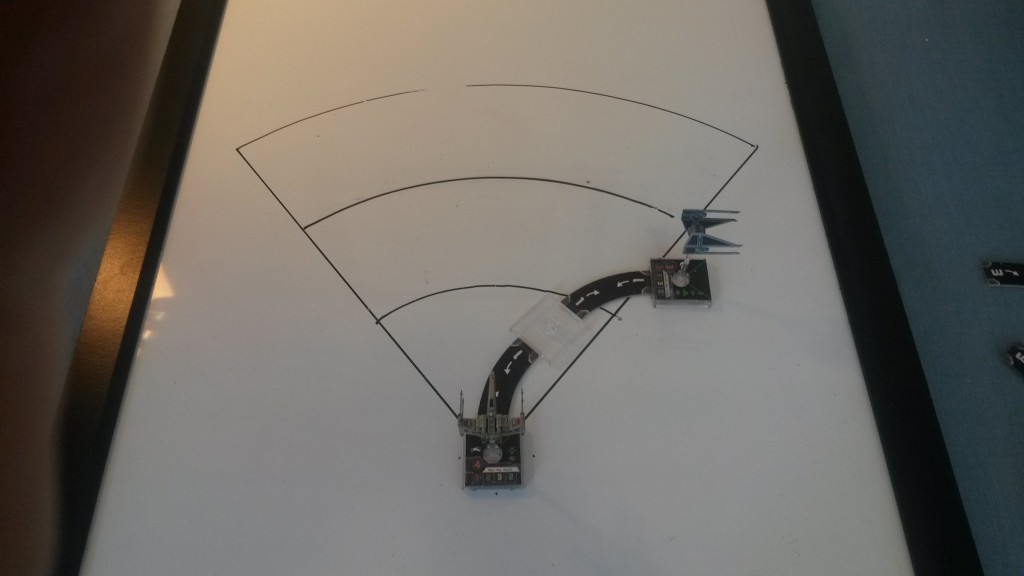 A three bank followed by a boost is even worse (because the further away you are, the bigger the firing arc is).

Even a 5 forward followed by a boost doesn’t get the Interceptor to safety. 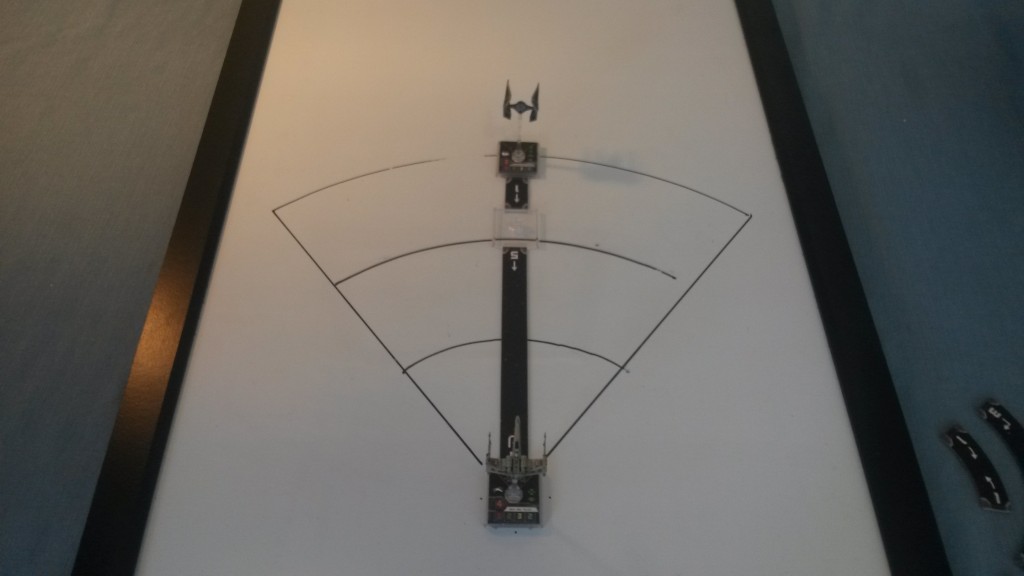 Boost isn’t the only action that works. A turn followed by a barrel roll clears the firing arc just fine. 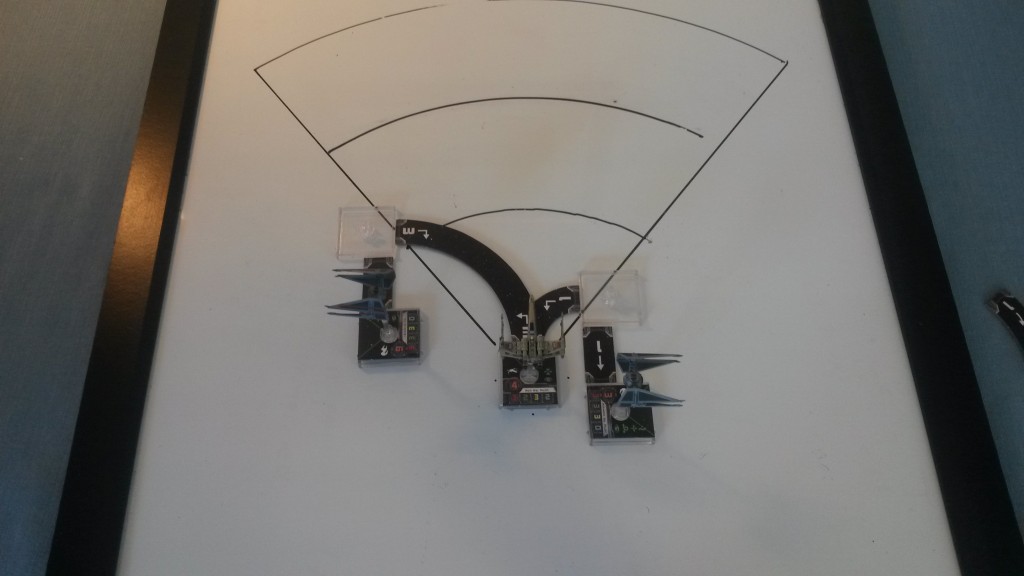 Even the banks work with barrel rolls. In fact, the 1 bank followed by a barrel roll puts the interceptor in a good position to turn or bank back in and try for a shot next round. 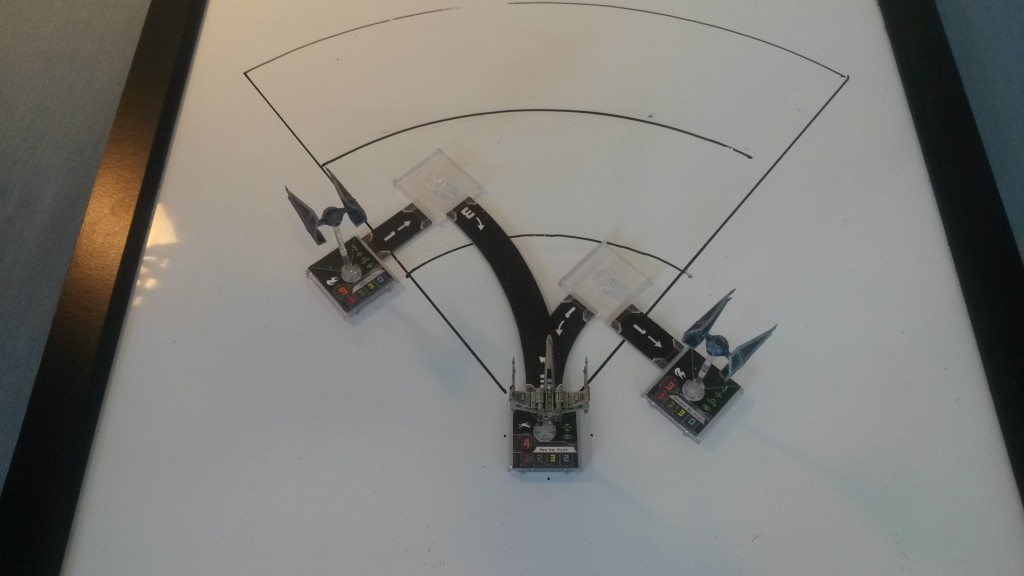 What about folks like Vader or pilots with Push the Limit who can do a boost and a barrel roll? Will a 5 forward, boost forward, and barrel roll get him out of range? 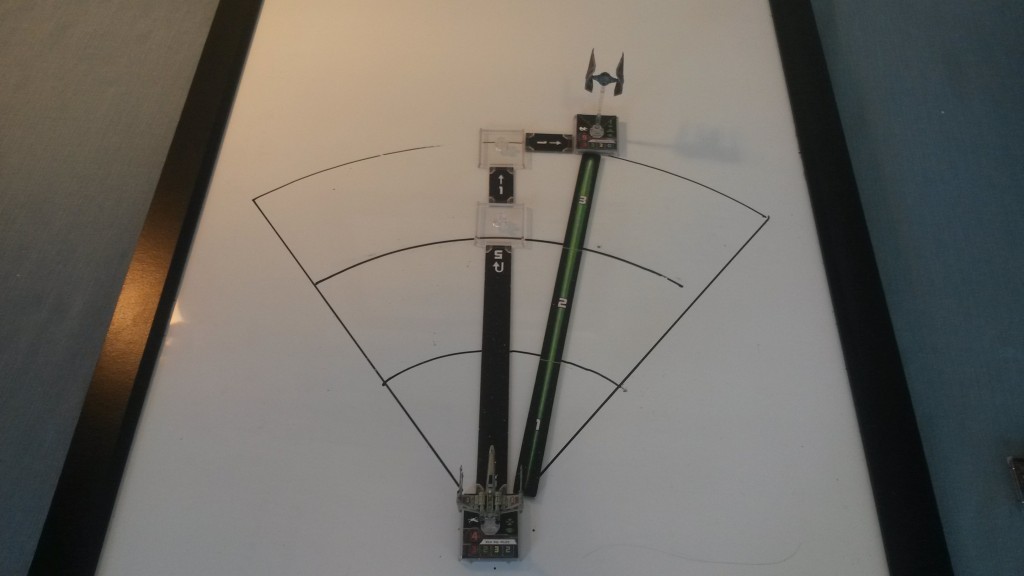 It’s going to be a very close call. 1 range is equal to 2.5 ship lengths, so range 3 is 7.5 lengths. Soontir has moved 5 forward, plus 1 for the base, plus 1 boost, plus 1 for the base again, and then slid half a length forward on the barrel roll. Exactly 7.5. Whether or not he’s in range will come down to whether the X-Wing landed a little beyond Soontir’s original position or a little behind it (and just how much bumping and such went on in the movements).

But, Soontir’s got a better trick up his sleeve. He can barrel roll and then do a bank boost. This gets him out of range.

If he wants to get even further, he can bank boost first, then barrel roll. This lets him put the barrel roll template at an angle away from the X-Wing. 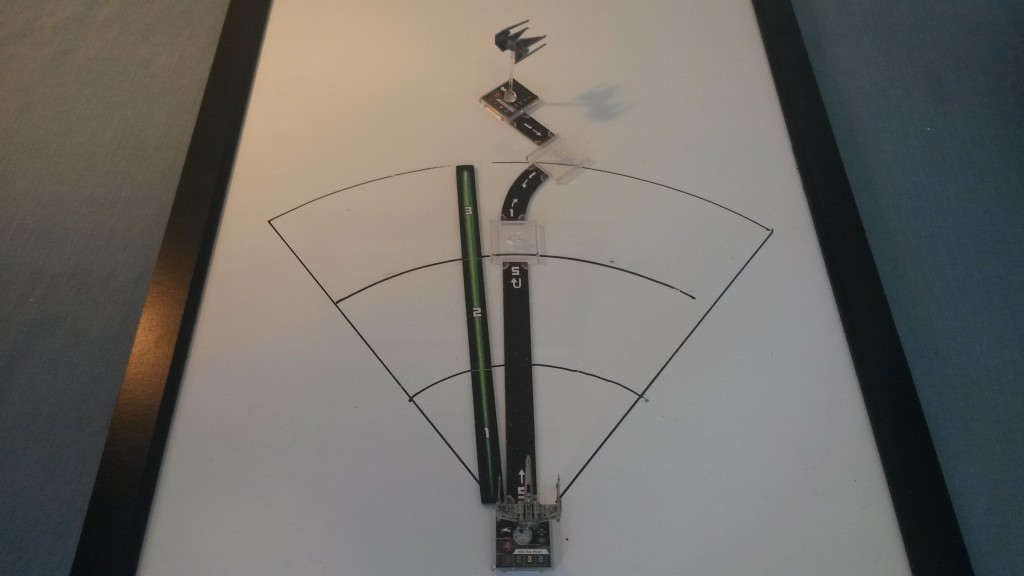 Escaping a ship that’s following you isn’t about having an option that gets you out of arc though. It’s about having multiple options. When your opponent has to guess where you’re going to go, it creates the possibility that he guesses wrong.

Matches often come down to one player making a bad maneuvering choice. They get out of position, get shot up, can’t return fire, and have a hard time getting back into position. Create as many opportunities for your opponent to guess wrong as you can. This is especially important if you’re flying low pilot skill ships (like a TIE swarm) and have to commit to your action before seeing where your opponent will end up.

Let’s look at what happens if the situation is reversed. The TIE Interceptor is now following the X-Wing. The X-Wing doesn’t have boost or barrel roll, and the Interceptor can perform any move the X-Wing can. 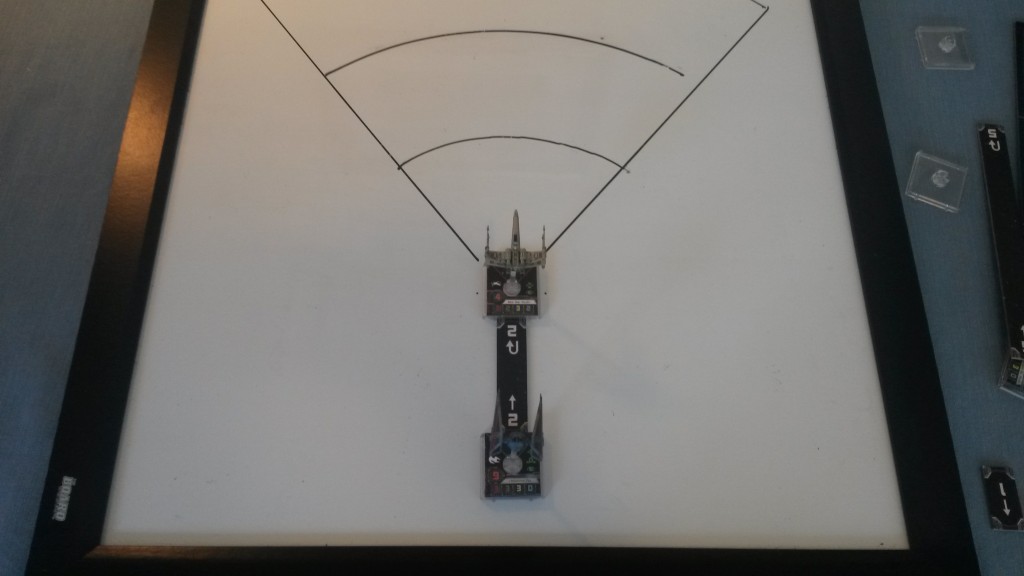 Our X-Wing only has one choice: K-turn. 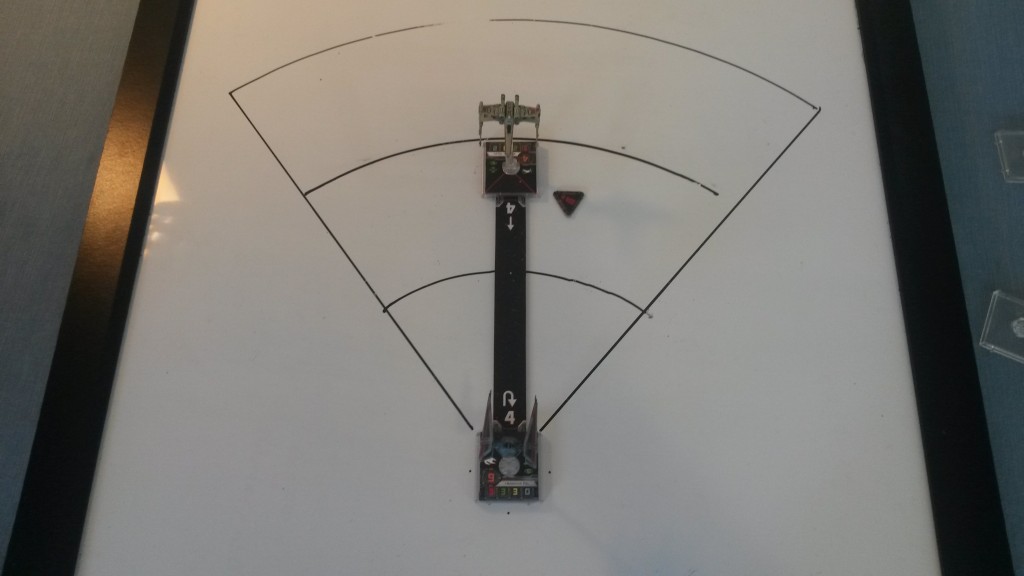 The Interceptor has closed behind a B-Wing, with less that 2 distance between them. 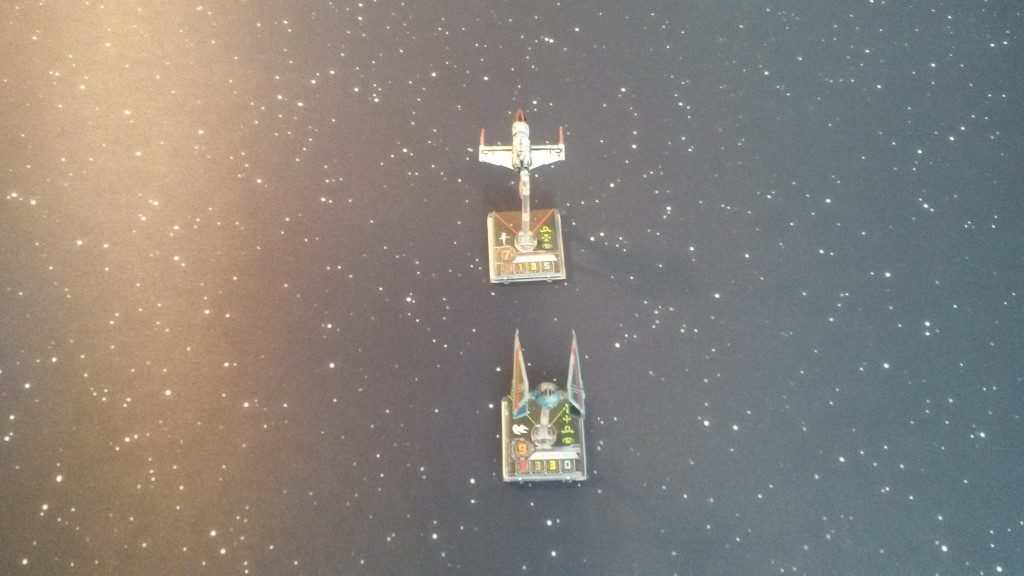 The B-Wing quite naturally does its signature 2K turn. 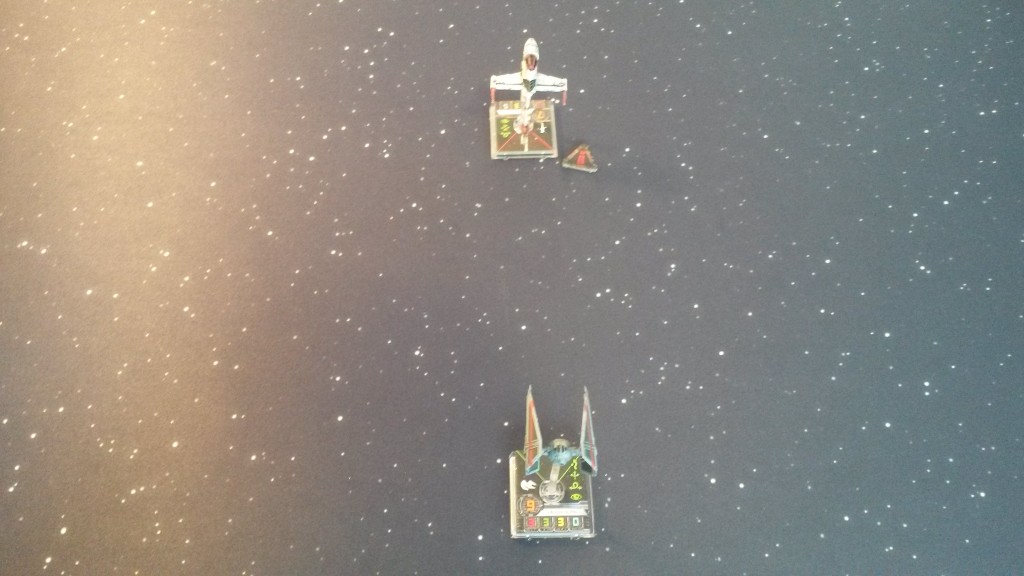 The Interceptor pilot however has programmed in a 5 forward, ramming the B-Wing. He loses his action, but he also denies them both shots. 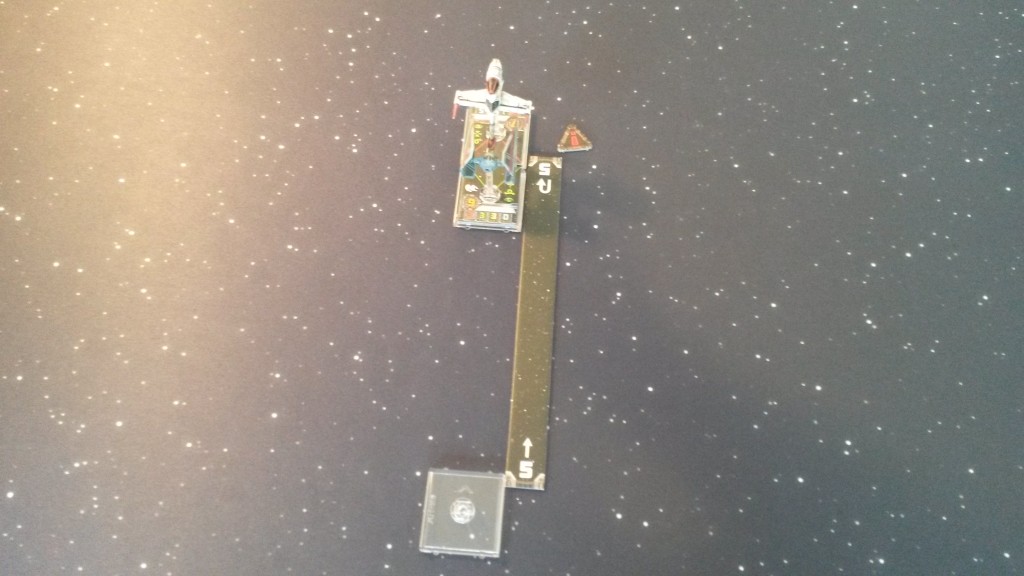 The B-Wing follows up with a 2 forward to clear stress. 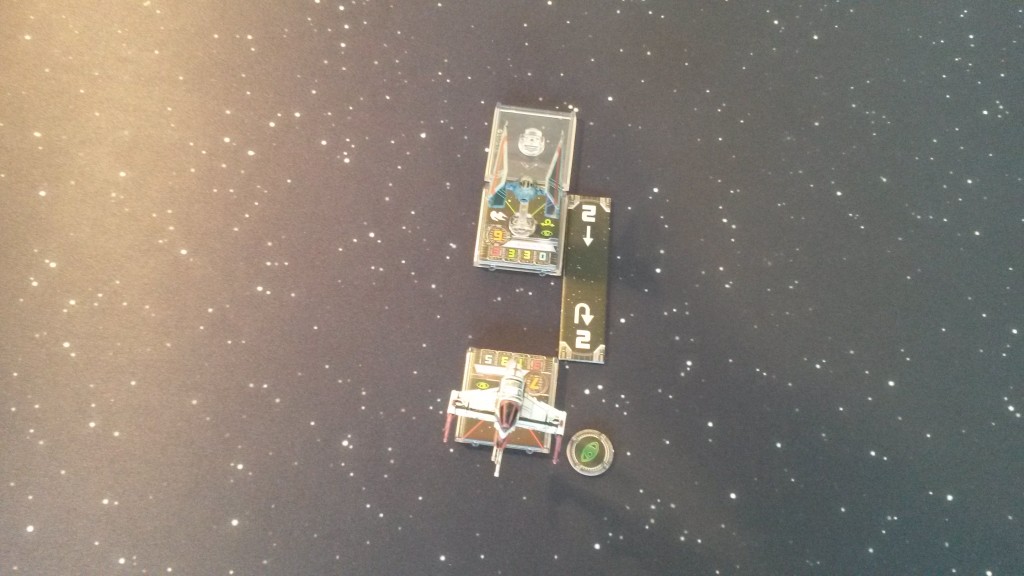 And the Interceptor performs a 3K turn, taking a stress, but putting the B-Wing clearly in his sights. Free shots are best shots. 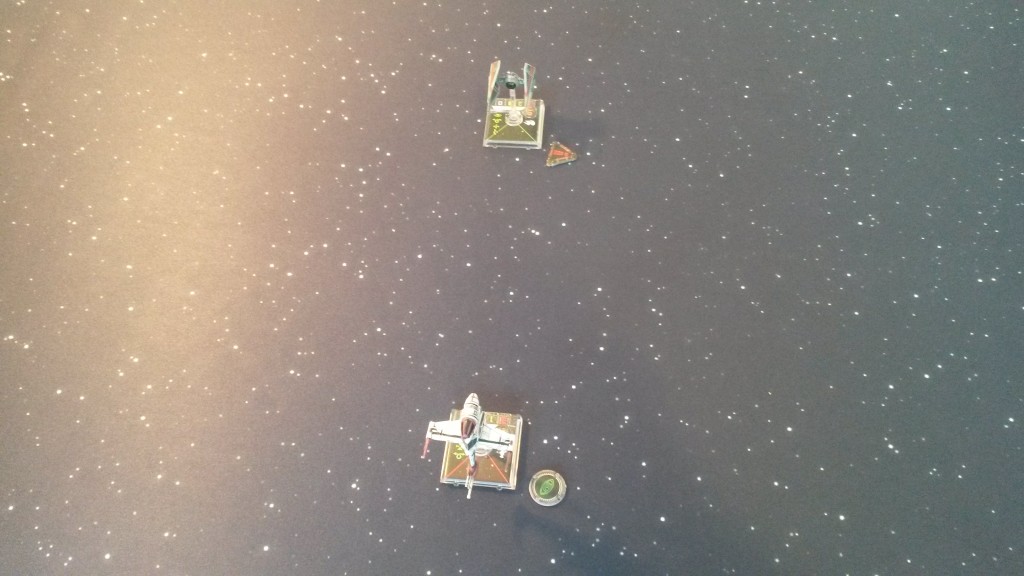 The next turn the B-Wing will likely do another 2K, and now the Interceptor is too far to ram again. But, he can do a 4 forward, clear his stress, close range, and take an action so he gets a very powerful shot against a B-Wing with stress and no modifiers for his attack or defense dice.

The B-Wing should have remembered this lesson and performed a 1 bank and barrel roll, letting the Interceptor pass him in the attempt to block (without a 1 forward, the Interceptor could not slow roll). In the next round the B-Wing would bank back in, take an action and shoot, while the Interceptor is forced to K-turn and be stressed.

If you found this lesson useful, please consider contributing to my Kickstarter.