This lesson brought to you by Seth “Meister” Ellison.

As you’ve probably figured out, the great benefit of flying in formation is that your firing arcs overlap, allowing you to concentrate fire on a single target. Here’s a look at how the firing arcs of two small ships overlap. 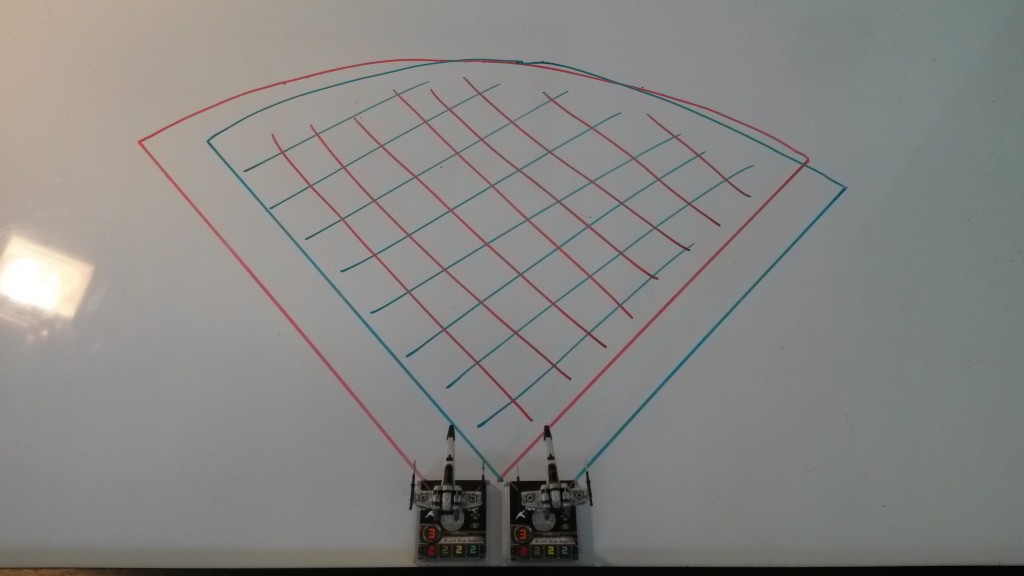 But what about flying with big ships? Most people focus on how to maneuver the big ships because it’s harder to clear obstacles and other ships, and they move freakishly fast. (For some tips on moving big ships, check out the Earn Your Wings series.)

But what about shooting with big ships? Here we can see (the obvious) that a big ship has the same firing arc as two small ships next to each other. 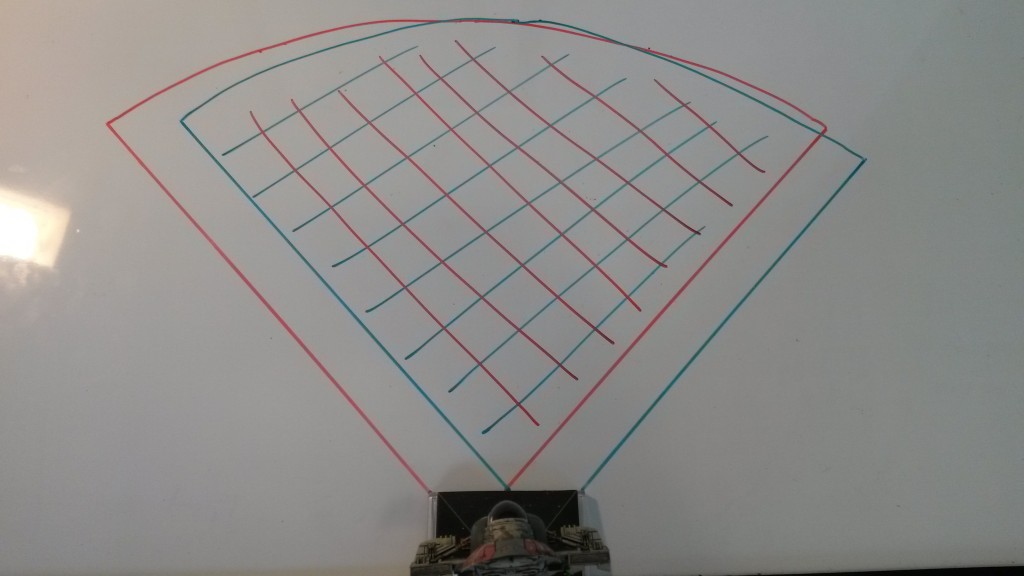 The result is a lane that allows an enemy to approach without taking concentrated fire. 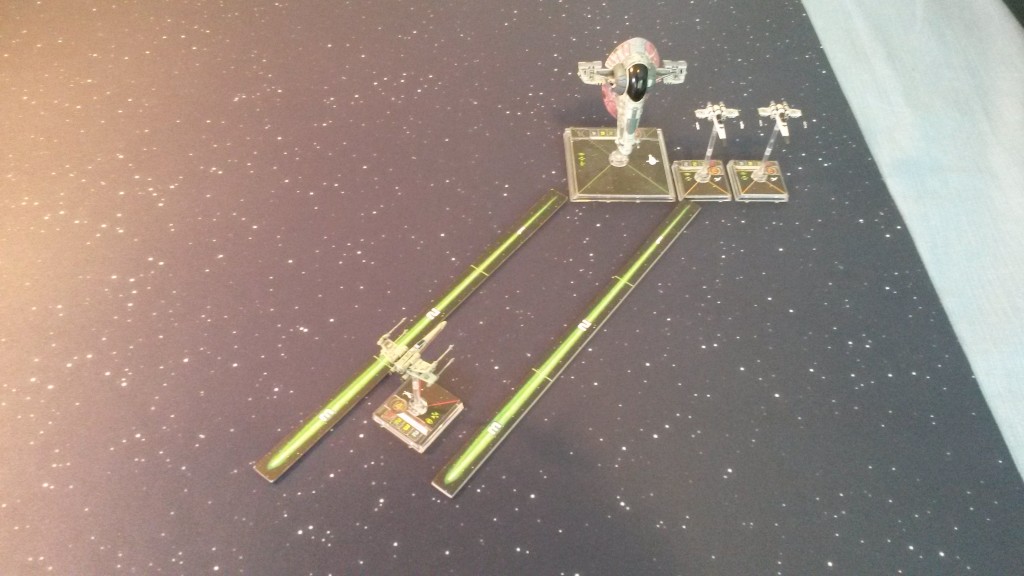 This can be fixed by running your smaller ships on the inside, putting that lane off the board. The small ships do create their own lane, but it’s a lot smaller. 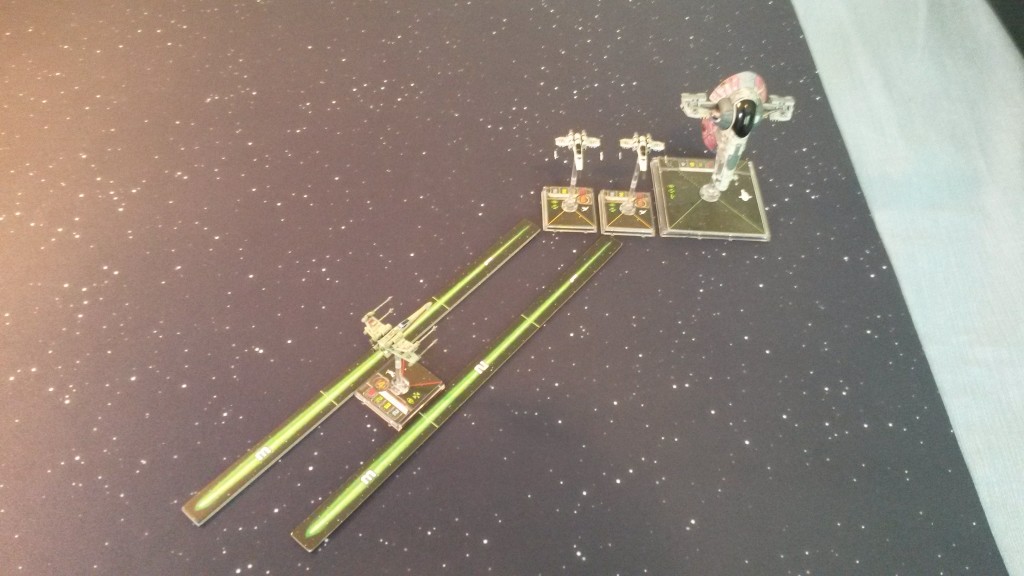 Another option is to run a loose formation.

The smaller ships on the outside would then turn or bank in. This not only eliminates the lane, but makes it hard for the enemy to slip past the large ship’s arc. 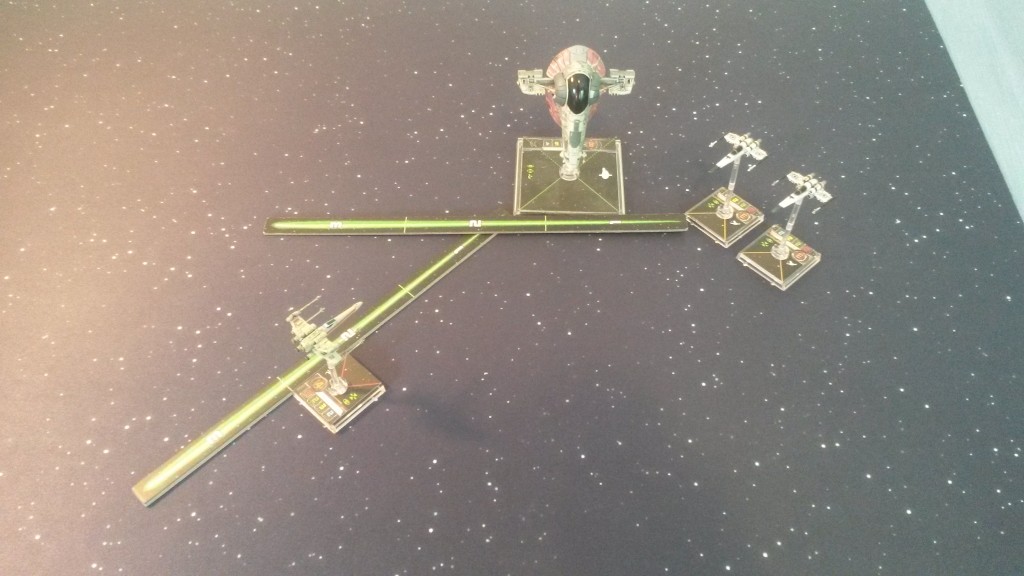 While this might not seem like the most important strategy in flying big ships, something as simple as putting your smaller escorts on the correct side can really change the way that first round of combat goes. This is especially true if you’re facing off against ships with defensive tokens where getting in multiple shots is almost necessary for scoring damage.

Of course, there are reasons why you might want your larger ship on the inside. It might give you better maneuvering options, or you could be using your bigger ship to screen a smaller one that you prefer to keep out of combat, such as Howlrunner and Serissu. If that is your plan, it still helps to be aware that you’re creating a somewhat less dangerous approach for your opponent, and if you’re flying against big ships, keep the overlaps in mind to look for better approaches.