But, unless you’re playing straight from the Core Set, you’re not often in a 1-on-1 match up. You’ve got friends, and you can use them to shake bandits off your tail. (Why yes, I have heard of the Thach Weave, thanks for asking.) 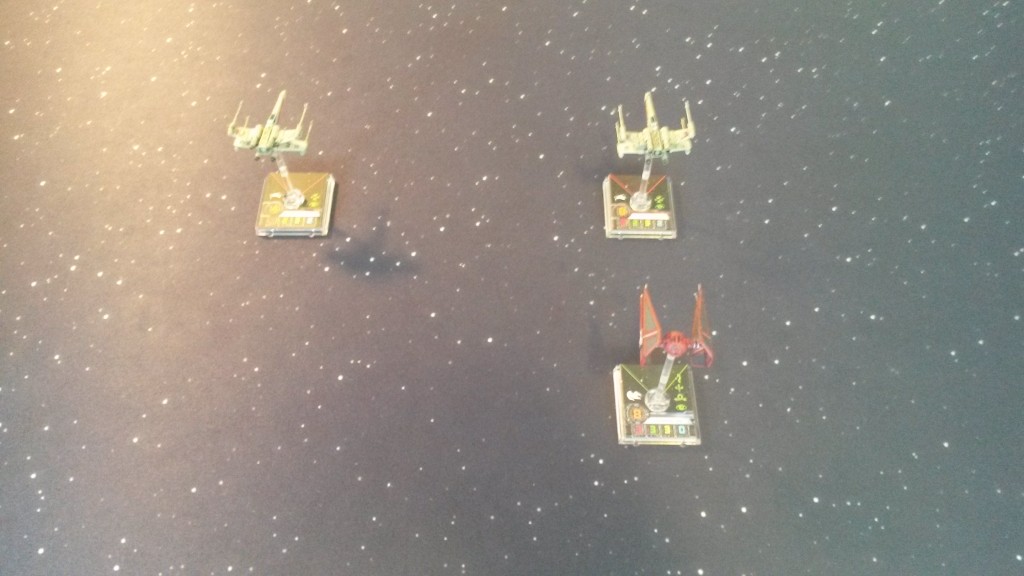 Our wingman X-Wing simply needs to do a 2 turn (while his buddy does a 4K) and they’ve both got arc on the Interceptor. For the Interceptor to have avoided getting double shot, he would have needed to perform a hard turn to the left, followed by a boost, which would mean giving up his shots, possibly getting shot at by the lead X-Wing, and now having an X on his tail in the next round. 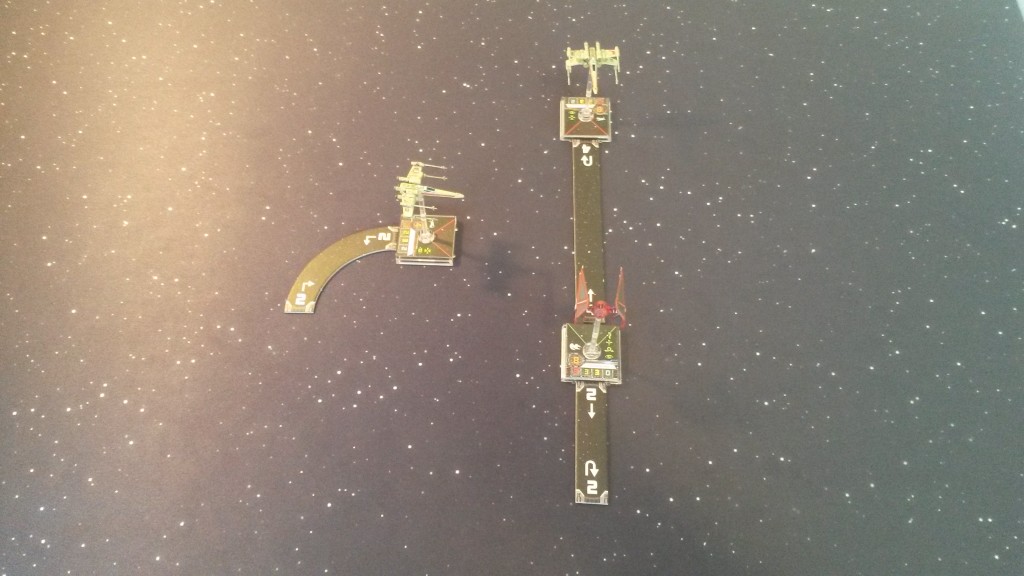 The lead X also could have done a forward maneuver and taken a focus if he was very low on hit points. That gives the Interceptor a tougher choice of targets, and when the enemy changes targets you gain a huge advantage.

When coming to your buddy’s rescue, it’s important not to get too aggressive. If the wingman X-Wing were to do a 3 turn instead, the Interceptor could barrel roll out of the wingman’s arc. 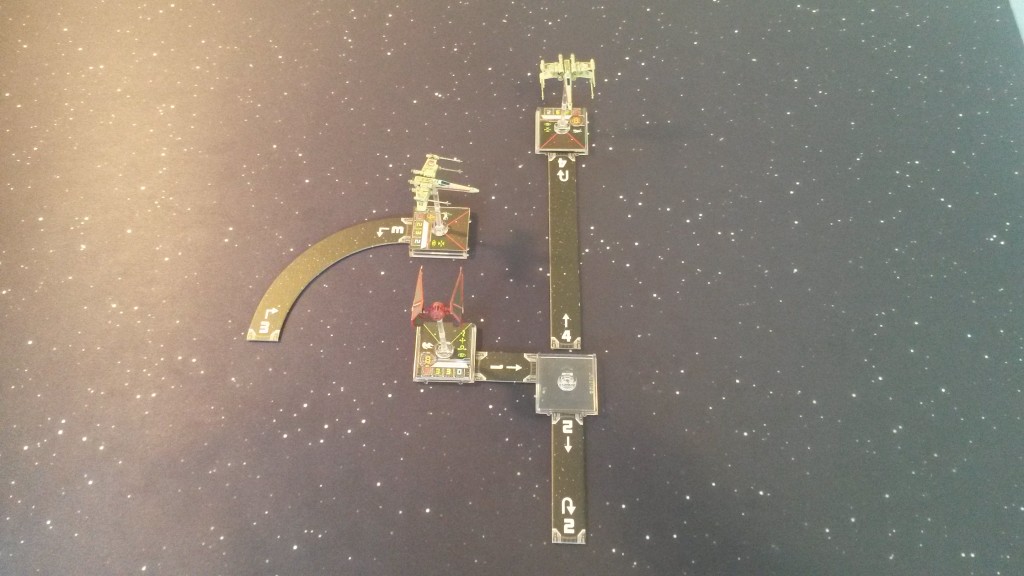 It’s almost always better to sacrifice the chance at a Range 1 shot to have better odds at getting any shot. This is especially true when the enemy will get to shoot back with the same range bonus.

I know it’s common for people to fly tight squadrons, like this: 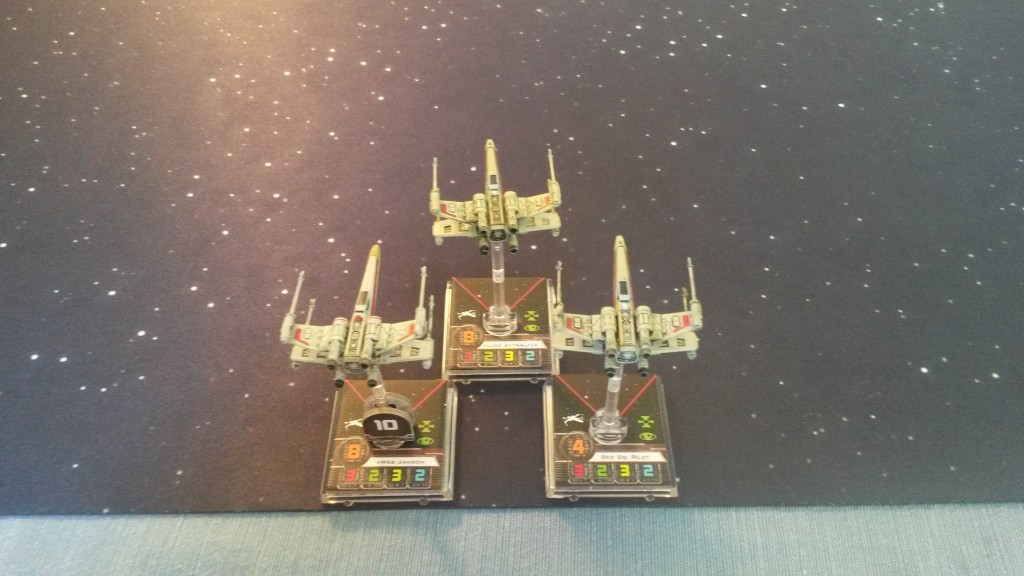 Just kidding, it’s not common for people to fly 3 X-Wings at all! You do see tight formations with TIE Swarms and 4 B-Wing lists though. In those blocks, it’s hard for ships to act as wingmen. Instead, the block tends to function more like a single very powerful unit, and if one ship has a bad position it’s likely every ship in the squad is equally poorly off.

Instead, I like to fly a looser squad, like this one. The ships are still close enough together that they’ll be able to gang up on a single target, but the distance gives them some options for covering each other. 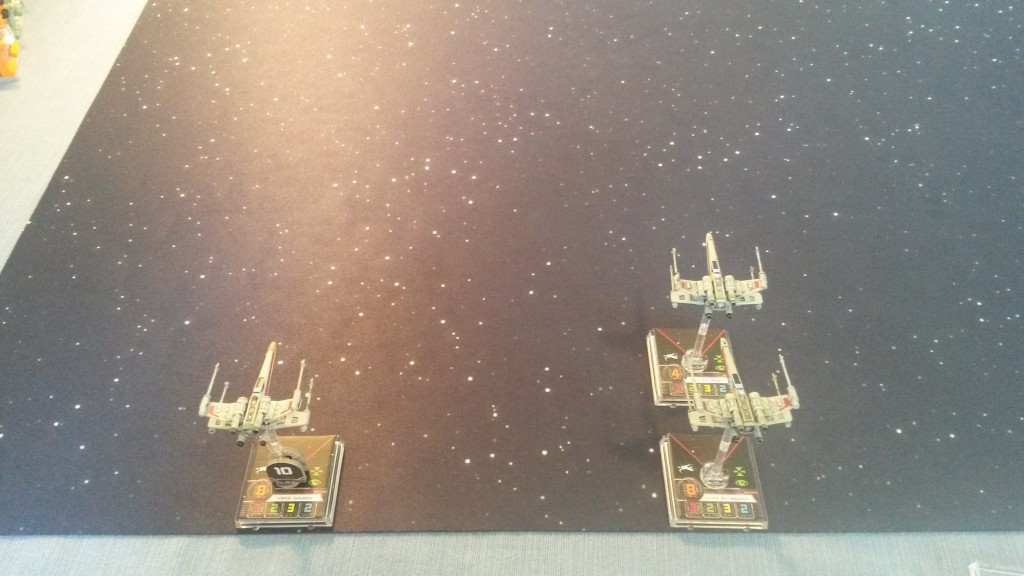 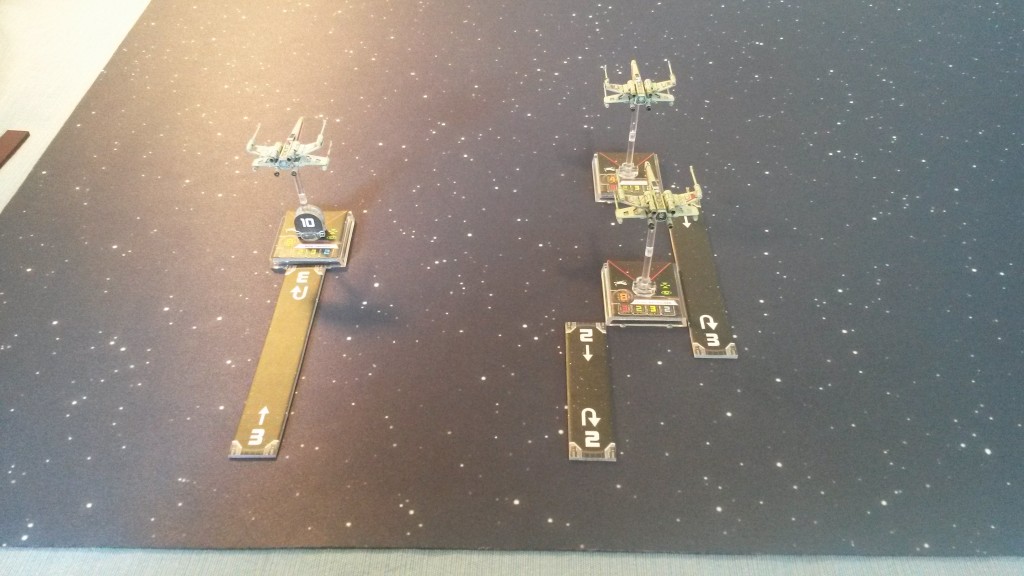 Of course, flying a loose squad does have some downsides. The biggest weakness is that the loner ship is often out of range in the first round of shooting. Against some squads, that’s okay, but against a swarm it can mean disaster. Remember to tailor your flying to the ships on the other side of the table.