First, gather your supplies. You’ll need a sheet of tokens and such from a ship, a razor (or a bread knife also works), a cutting board, masking tape, scissors, fine tip sharpie, and a bit of anti-idiot juice (aka: coffee) for good luck. 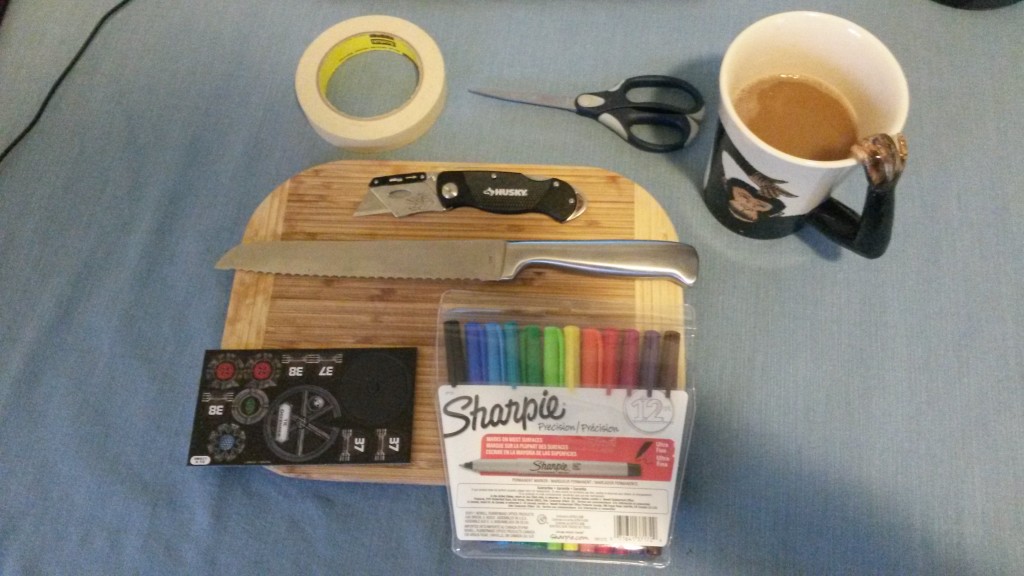 First, punch out all the stuff. You can throw away the numbers, won’t be needing those… Then, identify any sections with large enough bits of cardboard left. Here we’ve got two nice spots on either side of that gear-looking hole where the shield token used to be. 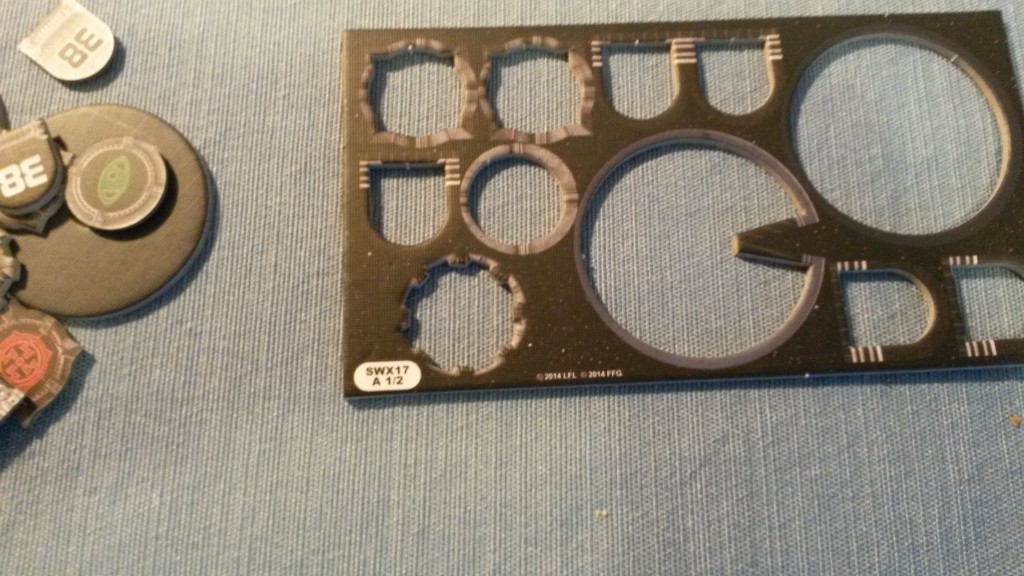 Cut them out. This part actually takes a bit of time and work. Be patient. Razor blades are sharp and we don’t want you bleeding all over your space ships (not without thinning the blood with some water first to make a nice red wash).

You could also just use some extra tokens. Numbers might be a bit small, but target locks are nice, or maybe the proof of purchase token from larger sets. 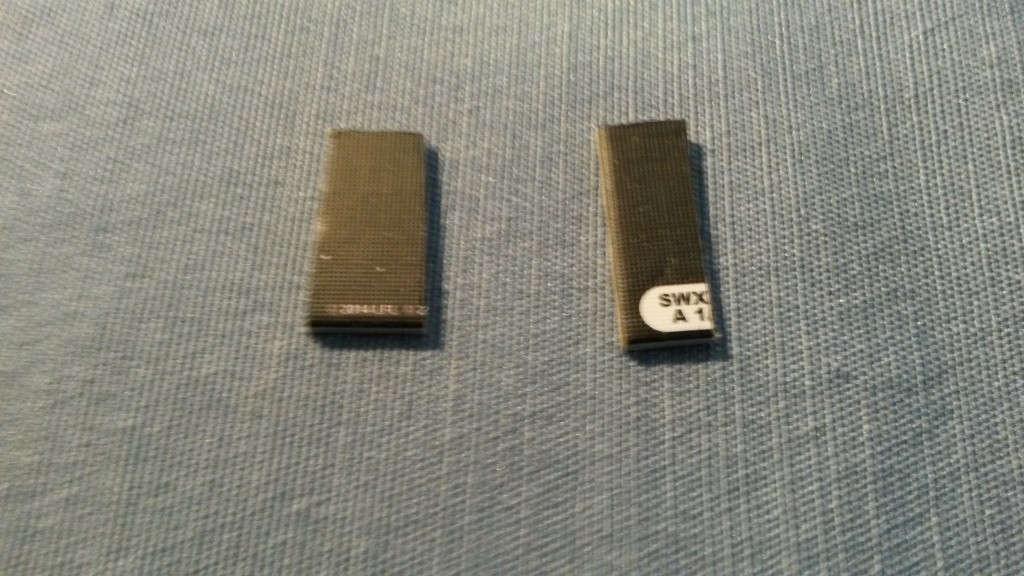 Then apply some masking tape. Be sure to leave a bit of space at the bottom for where you’ll insert the token into the base. If you don’t, it’ll mess up the tape when you put it in. 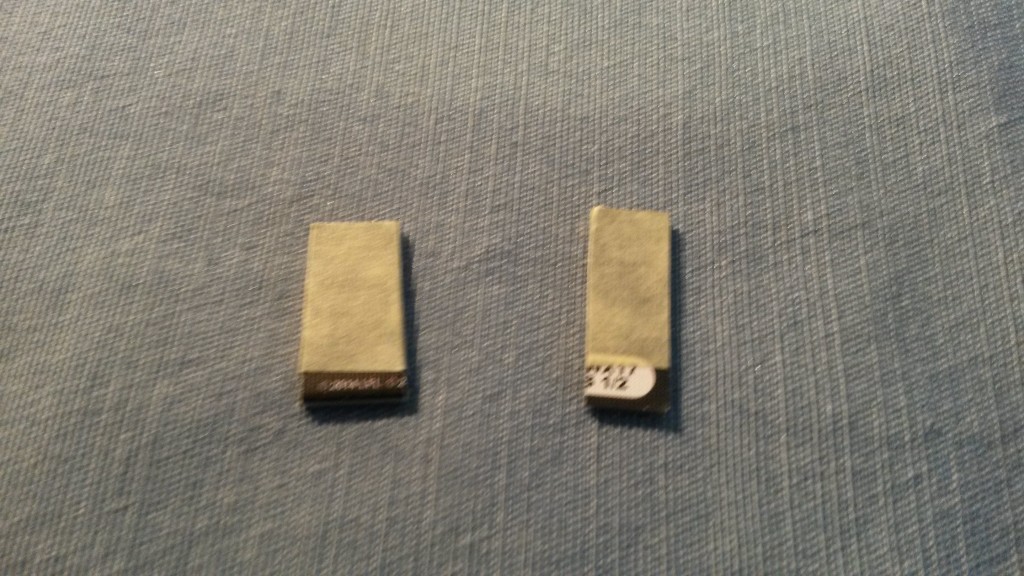 Then you just take your sharpie and write whatever you want on it. …Unless what you want to write is Autothrusters, in which case you frack it up. 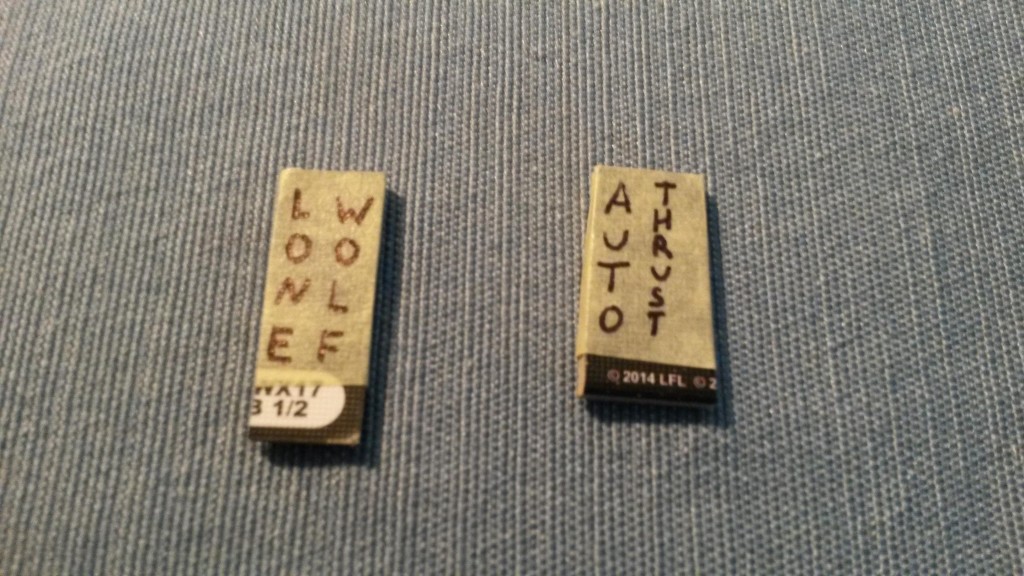 Taking another stab at Autothrusters. I had some extra space this time around, so I added a bit of flair. Looks pretty okay I think. 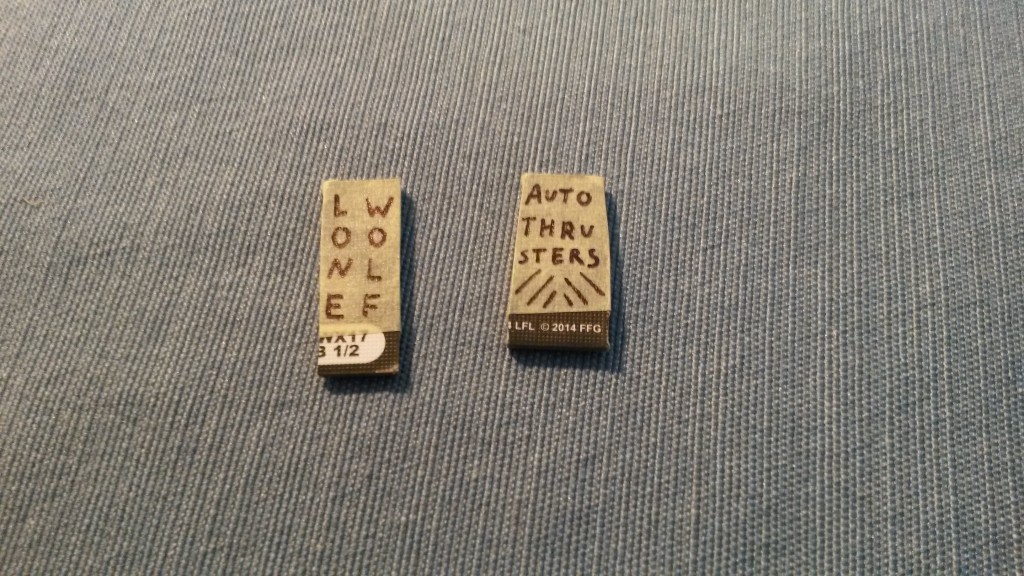 Finally, attach it to the ship to make sure everything is functioning properly. And remember, the idiot token doesn’t prevent you from forgetting to use a special ability. It just makes you feel like even more of an idiot when you do.