We’re back with an expanded set of Wave 9/Worlds Prep meta data. Before going to the charts, a few quick things you should know (and be prepared to be told it’s on the syllabus if you ask a question that’s already been answered):

1. This is based on what actually has winning records in Nova region tournaments. It’s not an opinion of what should win. There’s also a formula behind it. That formula is explained here.

2. If you want to know the exact makeup of the squads that were listed, dig up the sheets on List Juggler. They’re all recent, and all from the Nova region. No, I will not type out each squad again in the comments.

3. Some squads have been given nicknames. These are squads being tested or practiced by folks headed to Worlds. In the previous meta post I said that they were all distinct from the other squads. I am no longer making that assertion. Some nicknamed squads may be the same as squads listed elsewhere.

4. No, I will not tell you what the nicknamed squads are. And no, the names are not clues; they’re just names. Except for the one you think is a clue, that one is definitely a clue.

5. Why your favorite squad isn’t in there is because (a) no one in the region was running it recently, (b) they were running it but not doing well, (c) it is in there and you just need to read more closely, (d) it’s in the Black Box.

6. The squads in the Worlds Prep Black Box will be disclosed during Flight B of Worlds.

Okay, everyone ready? Good, here we go. The following was collected from 4 events at 3 stores since the release of Wave 9. There were 87 total participants playing in approximately 140 games. 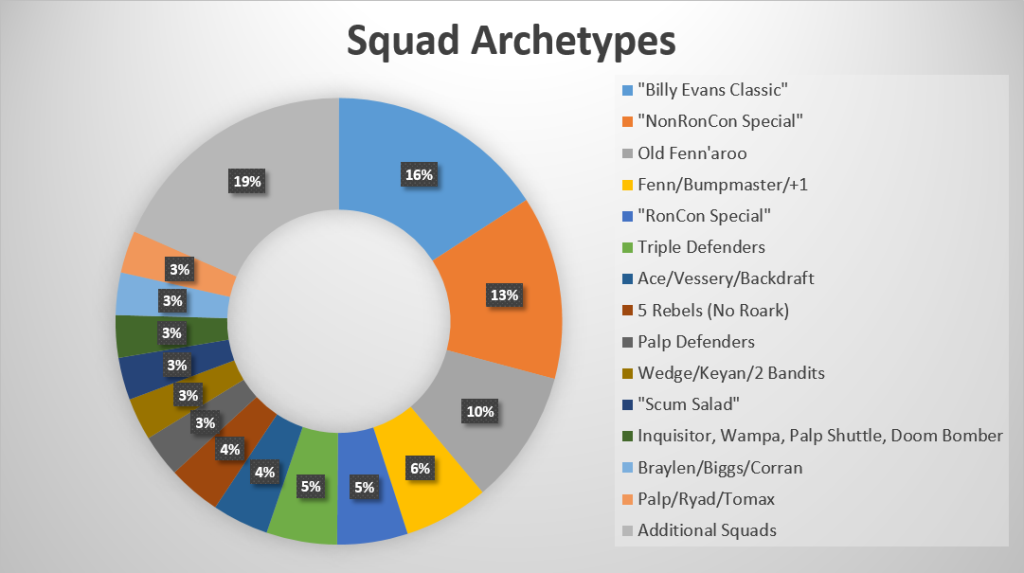 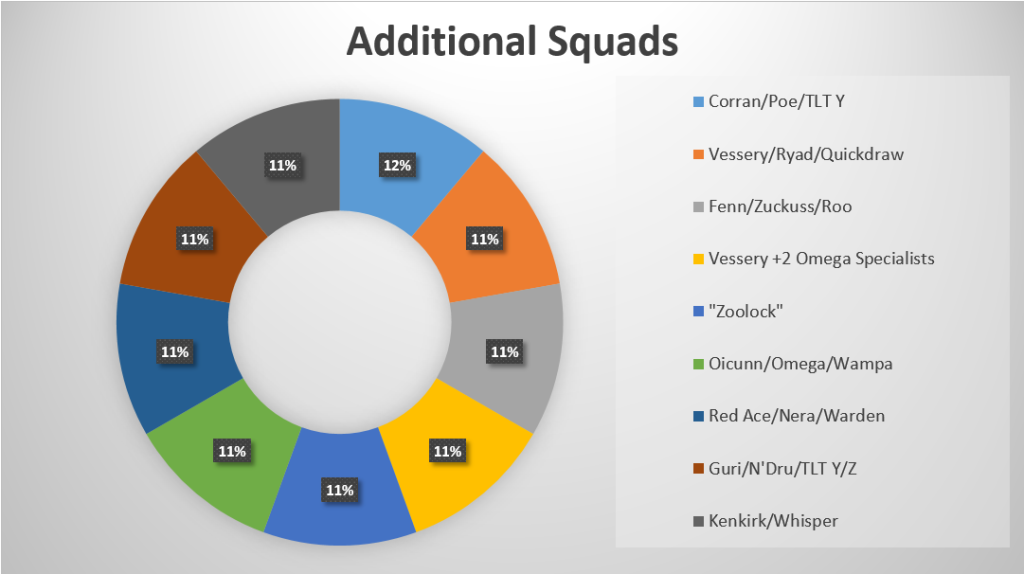 Now I know some of you don’t see the point in having data when many of the squads (especially top squads) aren’t listed. So, Part II of this post will be a little bit of what you can still do with this data:

2. Get a sense of how diverse the meta is.

2a. This is actually useful for deciding what squad to take to Worlds, even without knowing exactly what will show up. Some squads have hard counters, while others are more even no matter what they’re facing — diversity really skews how those two types of squads can perform.

3. There’s still 18 squads that didn’t go into the Worlds Prep Black Box. In fact, the majority of the meta isn’t in the black box.

3a. Knowing the 18 squads not in the Black Box tells you a lot about what we think other people might be taking, and what we prep against.

4. You can see how the meta develops over time. A lot of stuff is still in flux, and many of us are still undecided on what to bring, or tweaking existing ideas.

5. The meta analyses have always taken a “looking out” rather than “looking in” approach. What that means is they’re not here to tell us what the best squads are, or what we should be flying. It’s here to tell us what we need to be prepared to face. If you just want to see what’s doing well and run it, that’s fine — these just aren’t the stats for you.