This is the first post in a series that will analyze the meta in the NoVa region. This is based on data collected from 63 games played in 3 tournaments at 3 stores in the area in the last week. In coming weeks, more stores and tournaments will be added to the data, and new charts will become available.

This is not simply a compilation of all the squads out there. Instead, the data has gone through a highly sophisticated, proprietary grind in order to shake out not merely what people are playing, but what’s winning. This is a guide for what you should plan to beat.

Also, I know I’m not great with charts. I’m just the analysis guy. We don’t have a charts guy. In the future I’ll work on providing something more elegant. Click on the charts to get the larger version.

The first chart breaks down squads by their archetype when one exists. Occasionally an oddball gets into the mix that doesn’t fit into a type; deal with it. The “+N” on a list indicates the number of additional ships in a squad. TIE Salad is Ben K’s Roanoke championship squad. 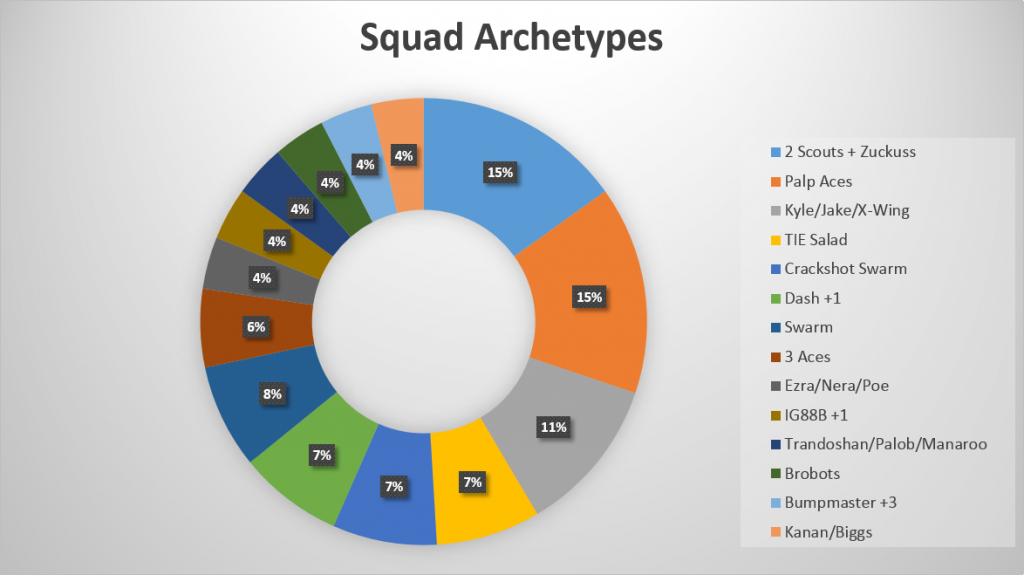 This is a chart showing the highest Pilot Skill ship in a squad, plus that squad’s initiative bid. Should be self explanatory. 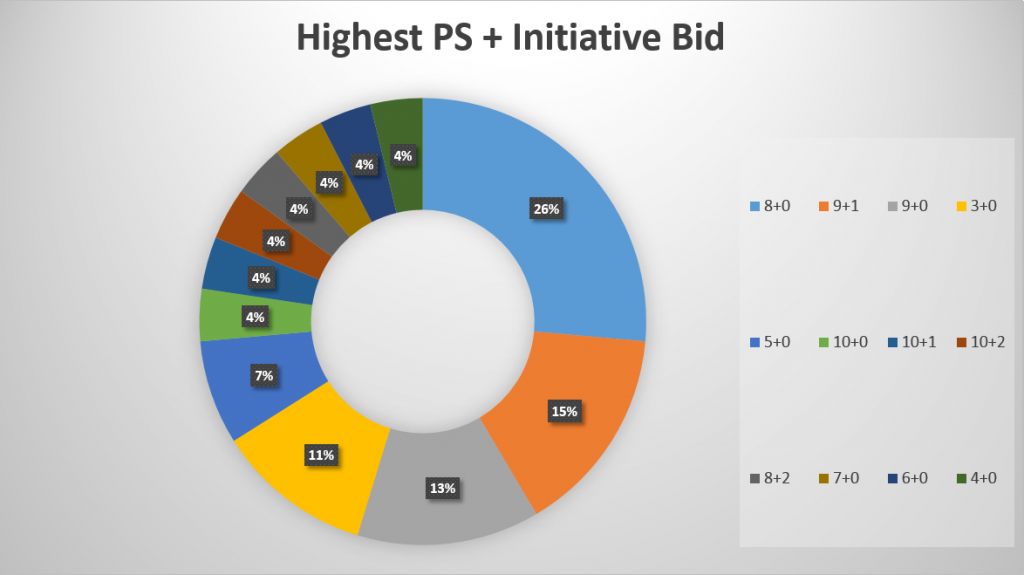 These are the aces that are appearing in winning squads. Ace is more than just high Pilot Skill. For this chart, I’ve looked at a combination of high Pilot Skill, arc dodging, and modified green dice. So, ships like Poe and Dash do not make it on, despite Poe’s high PS, and Dash’s ability to arc dodge. If you’re worried about those ships, hopefully other charts will provide you with the data you need. 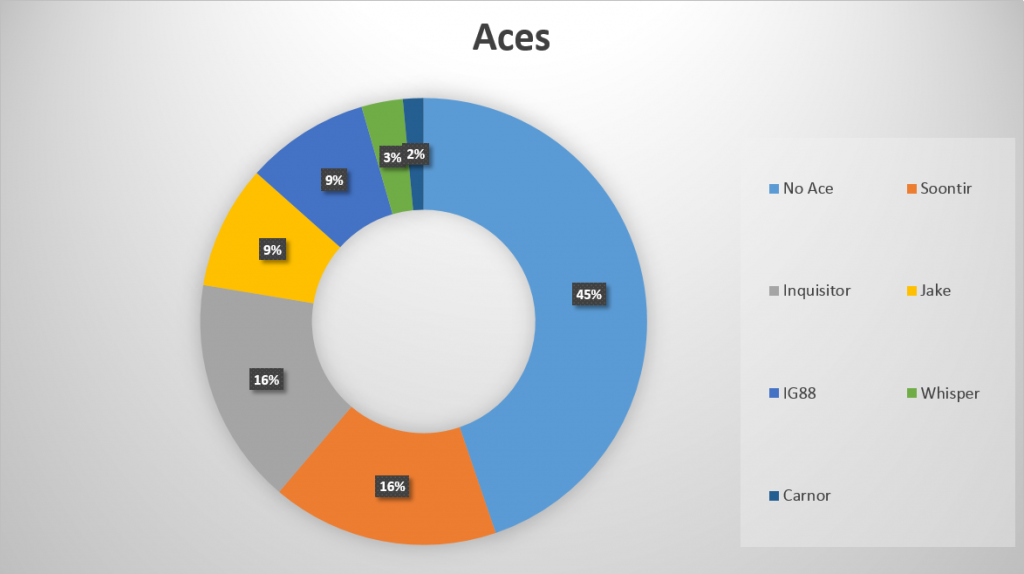