Now that we’re another week in to the age of Imperial Veterans, we’re beginning to see a lot more variety in squads. The data below is based on 5 tournaments at 4 stores in the NoVa region. There were 86 participants and 132 matches. Two events were excluded from this data due to insufficient turnout.

As always, specific lists can be found on List Juggler by searching for tournaments in Maryland and Virginia. Click on the charts for a larger version. More information about the data can be found in the FAQ.

First up are the Squad Archetypes. Even after just 5 events, we already have 17 different squad archetypes with winning records. Imperial lists are still dominating, with aces clearly taking the lead, but quirky bomber squadrons (with both support shuttles and true bombers) are also making a big impact on the meta. Crackswarms are also getting a lot of play. 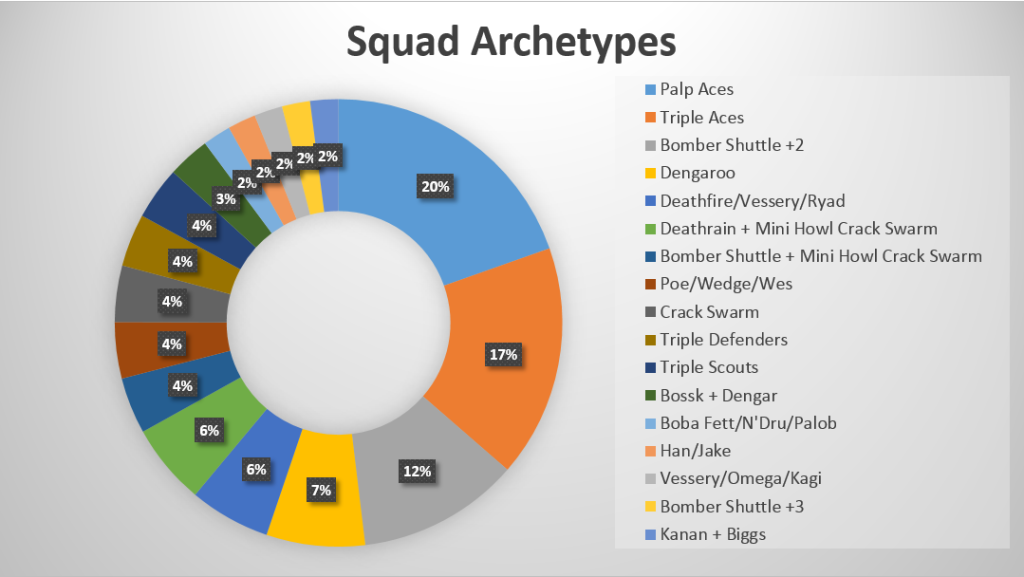 Next up, the real main event for the stat nerds, the PS+Bid data. Lots of action in the PS 9 range.

Now we’re going to get into something new. Some of you have been grumbling about the “Ace” designations. We took those complaints, through them right in the ol’ circular file, and came up with our own criticisms. The point of the Aces breakdown was to provide more granular data about Palp Aces and Triple Aces builds, since the Imperial Aces are so diverse and each ones require a little different strategy to handle.

So, we’ve just cut out the middle man, and now there’s going to be two charts, one showing Palp Ace builds and one showing Triple Ace builds. You can put that salt on your margaritas now, we don’t need it any more. The Howards build is the US National Champion list (OGP w/Jammer, Inq, Fel). Unless otherwise specified, the shuttle is an OGP without Sensor Jammer.

These charts show that while Imp Ace builds are more than a third of the meta, there’s still a ton of variety going on. 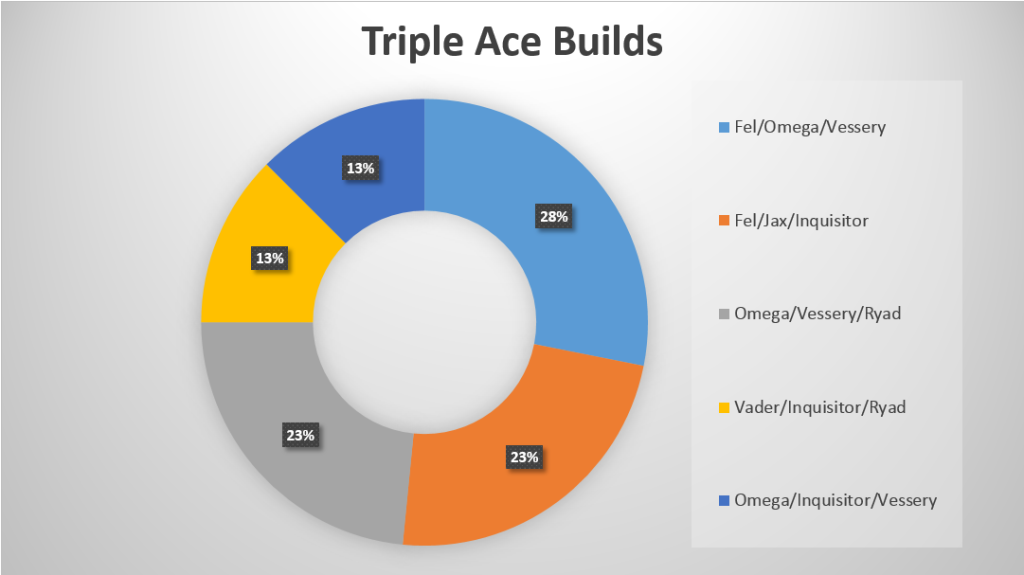 Moving on, the ol’ Control and Denial Wheel. While squads lacking C&D mechanics are still very popular, the Connor Net (which was absent in the last data set) has made a big impact. Makes sense with all the aces out there, along with its ability to criple x7 Defenders and general utility against almost all squads. 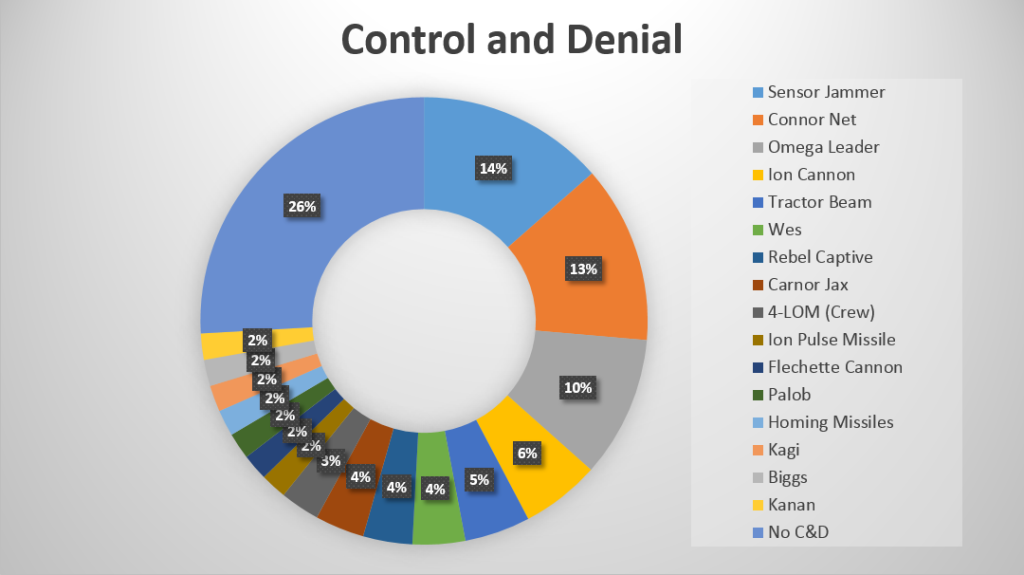 Again, very few squads offering their opponents any sort of forgiveness. And like the surge in Connor Nets, this makes sense given how popular Imperial Aces are. Data in this chart is weighted based on number of times upgrades appeared within a squad (so a squad with 4 Crackshots would count 4 times, not once). 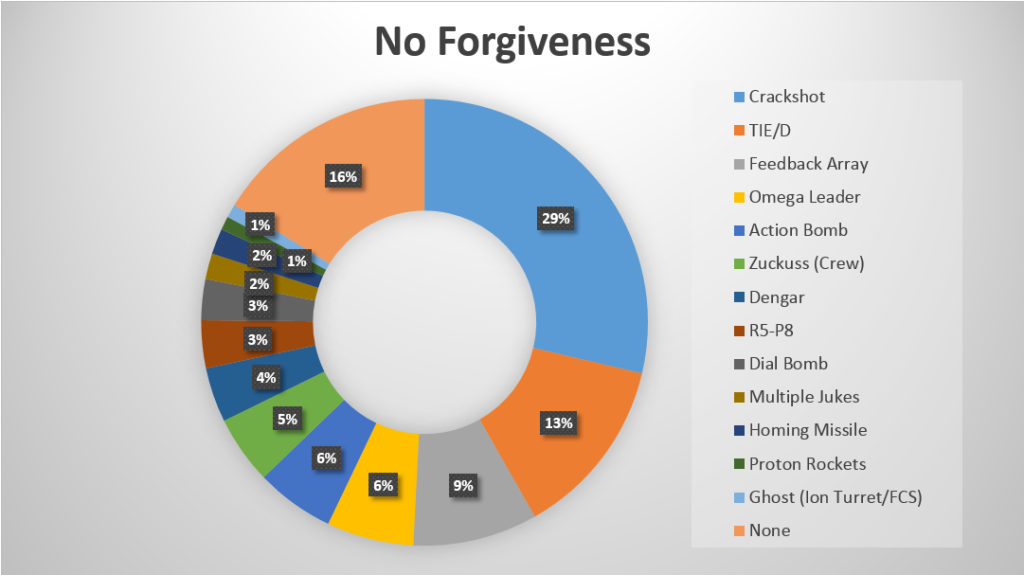