With the arrival of Imperial Veterans, we are resetting the NoVa meta statistics. That means this first edition of Volume 2 of the FAHS analysis is based on a particularly small sample set. Data comes from 2 tournaments held at 2 stores, with a total of 38 participants and 63 matches. Expect more diversity and less domination by single players in future editions. As always, these charts reflect squads that are winning and not just squad appearances. For details about specific squad builds, see List Juggler.

The proprietary data blend has also been modified to give slightly greater weight to larger events (the real effect being that Curio Cavern tournaments will have a little bit less impact on the numbers).

And now, onto the data, starting with Squad Archetypes. (Click the image for a larger, easier to read version.) 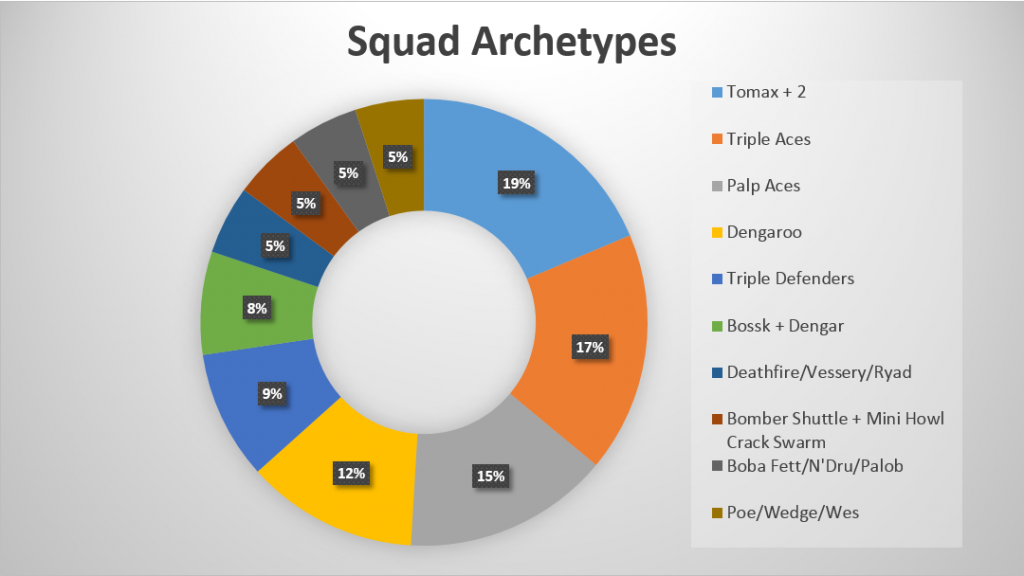 The “Triple Aces” and “Palp Aces” categories has been expanded a bit to include squads with Colonel Vessery (who is not otherwise considered an ace). The “Ace” status for these analyses is based on a combination of pilot skill, arc dodging, agility, and dice modifications. Poe still doesn’t make the cut, but we do see a new ace on the scene in the Countess Ryad build with both Push the Limit and TIE/x7 title. 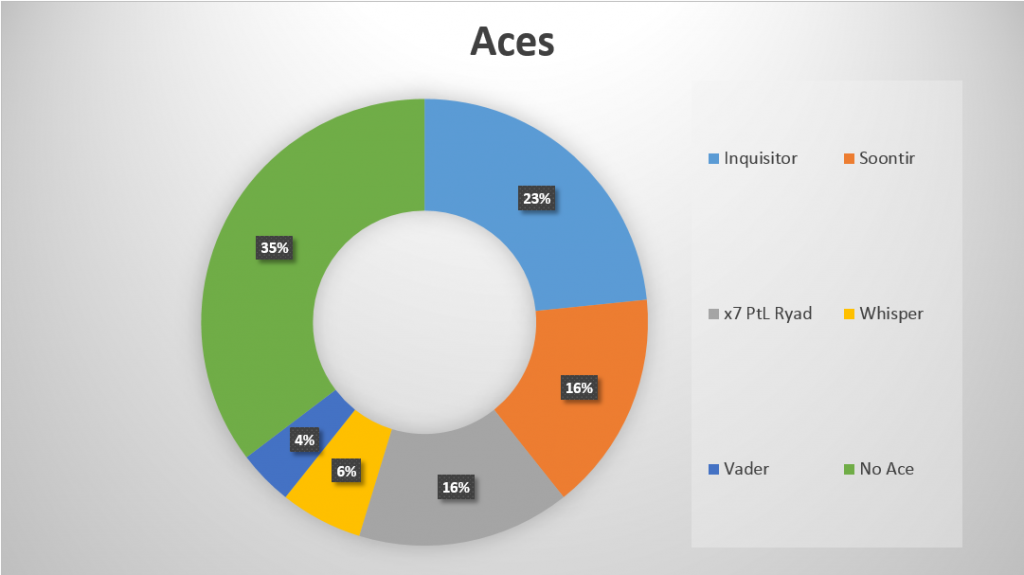 Moving on, we’ve got the Pilot Skill and Initiative Bid chart. With the arrival of Imperial Veterans, we should be seeing a lot more PS8 ships, as well as PS5 and 6. Note that this chart is only for the highest pilot skill ship in the squad and does not reflect all of its ships.

Next, the Control and Denial wheel got a big shakeup. Expect Tractor Beam to become even more dominant in the coming weeks, now appearing on both Zuckuss and TIE/Ds. 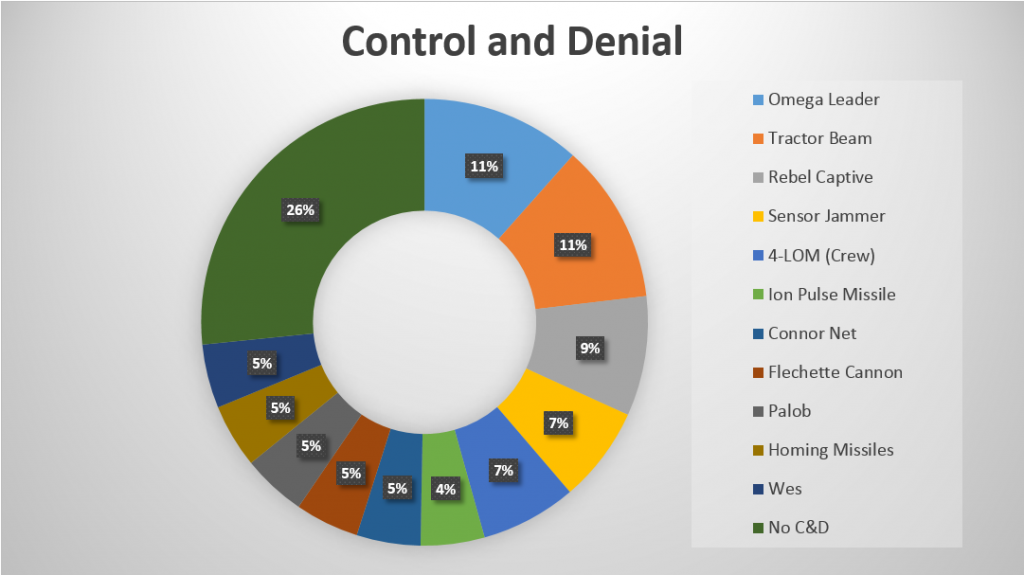 And finally, a brand new chart showing what we’re calling the “No Forgiveness” factor. This category is meant to reflect attacks that are particularly difficult to escape, and 4 guaranteed hit results doesn’t quite cut it. It includes damage that cannot be evaded (like Painbot, Feedback Array, and bombs), ships that can perform multiple attacks (but not including TLT except on a Ghost), and other particularly nasty tricks. (Results are weighted based on number of ships — rather than squads — with that upgrade.) 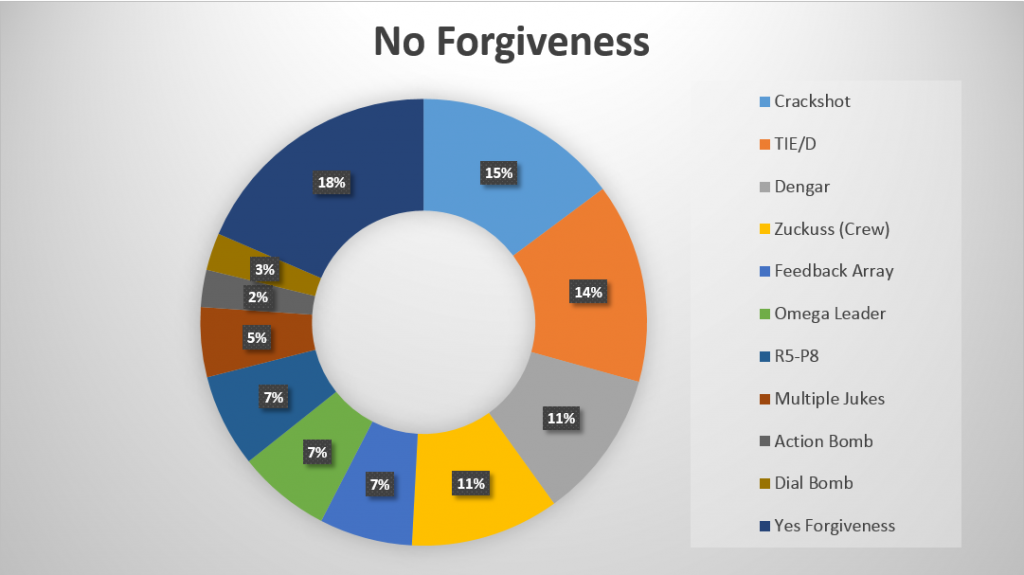